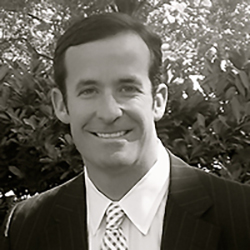 Tom Worrall is a founding Partner of Whitmer & Worrall, LLC, a government relations and strategic consulting firm headquartered in Washington, D.C. As a senior government affairs professional, a campaign manager, an adjunct university faculty member, and a National Finance Committee member of three Presidential campaigns, Mr. Worrall has played a substantial and active role in national politics for over twenty-five years. While he’s had many people who have influenced him over the years, he attributes much of his professional and political experience to his years working with the late Congressman/Secretary Jack Kemp, one of his political heroes and mentors.

Mr. Worrall has served as the lead strategist and lobbyist for numerous Fortune 500 companies as well as some of America’s most well-known corporate leaders, such as Monster.com, Thermo Fisher Scientific, PPG Industries, Echostar Satellite, Rotech Healthcare, Plextronics, and RedZone Robotics. He has successfully helped many of his clients realize legislative victories by getting their top public policy priorities signed into law. These achievements are a result of Mr. Worrall’s ability to develop winning strategies to most effectively target, recruit, and mobilize Congressional champions. Mr. Worrall maintains extensive ties with the current House and Senate leadership and with senior public policy staff on Capitol Hill.

From 1999 through 2004, Mr. Worrall was a senior executive with The Rhoads Group (previously Boland & Madigan, Inc.), a top government relations firm and a division of the Interpublic Group (NYSE: IPG). Most recently he served as the firm’s Senior Vice President and was the head of the technology practice area. He played a key role in growing the client base and doubling the revenue of the firm in less than three years.

In addition to Mr. Worrall’s extensive government relations experience, he also has extensive political and campaign experience. In the 2008 and 2012 Presidential campaigns, he served as an early member of the National Finance Committee for a leading Presidential contender. During the 2004 presidential campaign, Mr. Worrall earned the distinction of becoming a “Bush Maverick” for his fundraising efforts and was featured in Influence as “one of President Bush’s elite fundraisers.” Currently, he is a member of the National Finance Committee for the Republican Governor’s Association where he enjoys a strong working relationship with many of the country’s most prominent Governors. In 1997, Mr. Worrall was recruited to lead TEAM 100, the Republican National Committee’s premier fundraising entity. Under his direction, working closely with RNC Chairman Jim Nicholson and Republican leaders nationwide, TEAM 100 greatly exceeded its fundraising goals during the 1997-1998-election cycle. While at TEAM 100, he also spearheaded the RNCs outreach to America’s leading technology industries, to form the RNC Technology Advisory Board (TAB).

Mr. Worrall has been a regular speaker on the American political process and has served the last ten years as an adjunct professor of campaign management at the George Washington University. A native of Pittsburgh, Pennsylvania, he holds a Master’s degree in Political Management from George Washington University’s Graduate School of Political Management and an undergraduate degree from the University of New Hampshire.