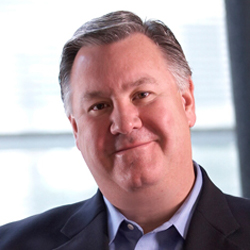 Royal Cole is Executive Vice President, Head of North America Merchant Acquiring for FIS. He Joined FIS in 2019 after the merger of FIS and Worldpay. Prior to that, Royal was Executive Vice President, Head of the North American Region at Worldpay since 2018. Prior to that, he was responsible for two of the largest business units in Vantiv, including Merchant Services and Financial Institution Services. He joined the company in March 2010 from Western Union where he was Executive Vice President and General Manager, overseeing day-to-day operations and was responsible for strategic development of the Global Payment Services Group. While at Western Union, Royal also led the North American Distribution Network organization.