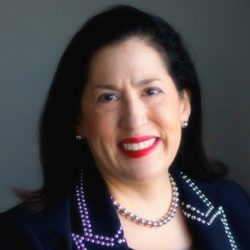 Ms. Krayem created one of the first-ever cybersecurity practices at a major international AmLaw 100 law firm in 2005 at a time when most practices only focused on data security or privacy. Since that time she has held leadership roles running cybersecurity and privacy teams across a number of firms. She focuses on the intersection of trade, technology, homeland security and cyber risk for clients in heavily regulated critical infrastructure sectors. She focuses on the nexus of strategic business, policy and regulatory advice, coupled with the tools that a government relations practice brings to clients in the areas of cybersecurity, data privacy and digital innovation. She works with Fortune 500 companies, non-profits and public sector entities in key sectors including banking and financial services, energy, communications, health, all modes of transportation and other critical sectors. She also works extensively on emerging technologies including FinTech, blockchain and virtual/cryptocurrencies and created a FinTech policy practice at her last firm.

She also works with U.S & international regulators on global cybersecurity and privacy issues including in bilateral and multilateral agreements spanning the G7, G20, EU, APEC and other multinational organizations. She has worked U.S.-EU programs including the Safe Harbor program, Privacy Shield, the General Data Protection Regulation (GDPR) and others including the APEC Cross Border Privacy Rules.

Ms. Krayem works on a daily basis with the executive branch, Congress and the White House on a host of matters including those pertaining to the U.S. Departments of State, Homeland Security, Commerce, Defense, Treasury, House and Urban Development, Education, Health and Human Services as well as the Federal Trade Commission among others. She also works extensively with key congressional committees, including Armed Services, Appropriations, Banking, Commerce, Foreign Relations, Finance, Homeland Security, International Affairs, Judiciary, Transportation and Infrastructure, and Ways and Means.

Ms. Krayem has more than 20 years of experience addressing major issues within the national policy-making arena having worked in government and the private sector. During her extensive career in Washington, D.C., Ms. Krayem has held executive-level positions in the U.S. Departments of State, Commerce and Transportation. She was also a consultant at the Federal Emergency Management Agency (FEMA). She has provided key insight and guidance to major officials at the White House, in Congress, and at state and local levels around the country. Ms. Krayem has worked closely on the passage of significant homeland security, transportation and trade legislation, including the creation of the U.S. Department of Homeland Security (DHS). During her tenure working with these agencies, she was involved in nearly 100 bilateral trade and aviation related negotiations as well.

As the deputy chief of staff at the U.S. Department of Transportation (DOT), Ms. Krayem provided strategic oversight and advised the secretary on domestic and international policy, regulatory, legislative, budget, safety and security issues impacting the aviation, maritime, rail, highway, transit, pipeline and motor carrier sectors. While at DOT, Ms. Krayem also served as the chief of staff and acting deputy administrator of the Federal Railroad Administration at DOT. There, she focused on freight railroad safety matters, Amtrak, high-speed rail corridors and maglev issues, in addition to broader passenger and rail matters.

Ms. Krayem served as the director of special projects at the U.S. Department of State working on the G7 the first year Russia was allowed to attend the Summit (later known as the G8). She worked directly with the member countries on the planning and implementation of the G7, which included Canada, France, Germany, Italy, Japan and the United Kingdom, as well as Russia.

Ms. Krayem has also held various senior positions at the U.S. Department of Commerce, within both the Office of the Secretary and the International Trade Administration. During that time, she focused her efforts on counseling state and local government, as well as private sector companies, on exporting fundamentals, which include identification of export finance opportunities with partner agencies such as the Export Import (EXIM) Bank and Overseas Private Investment Corporation (OPIC); understanding export controls governed by agencies such as the Bureau of Industry and Security (BIS); and helping companies find matchmaking opportunities around the globe.

Ms. Krayem uses her diverse and comprehensive experience to help public and private sector clients navigate complex national and international issues. Having worked on more than 100 bilateral and multilateral agreements during her career, she helps private sector clients navigate the intricacies of international diplomacy and substantive policy challenges. Ms. Krayem introduces leading-edge approaches and tools to clients in order to help them think about economic development and infrastructure development through the use of innovative finance, public-private partnerships (P3), and intermodal and multimodal development. Ms. Krayem also works clients to understand and integrate in dynamic technology solutions while understanding the policy and regulatory regimes that goes with these solutions. Using her knowledge of the ongoing use of “Big Data” and the “Internet of Things,” she helps clients focus on gaining a broader awareness and understanding of the need for both “privacy by design” as well as “security by design.”

Ms. Krayem also has extensive experience dealing with a number of national security issues, including those involving port, cargo and supply chain security; international aviation; emergency communications and interoperability needs; emergency preparedness and response capabilities; border security issues; the Committee on Foreign Investment in the United States; avian flu and pandemic preparedness; as well as U.S.-VISIT and other biometric-related programs.

Ms. Krayem began her career in Connecticut working for the speaker of the house and deputy majority leader, where she focused on higher-education issues, banking and financial services, as well as broader economic development issues. She is a veteran of five presidential campaigns and two presidential inaugural committees.

Ms. Krayem received a Master of Public Administration in state and local policy analysis from George Washington University and a Bachelor of Arts from the University of Connecticut. She is a member of The Chatham House, The Royal Institute of International Affairs; WTS International; Women in Cybersecurity. She served on the prestigious Center for Strategic and International Studies (CSIS) Cybersecurity Task Force from 2015-2017 drafting strategic cybersecurity recommendations for the 45th President.