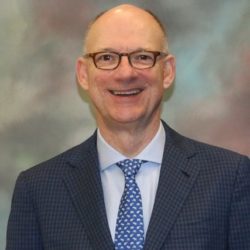 In his role as an advocate for some of the Fortune 500’s leading corporations and business organizations, Jay Morgan has developed a reputation for building strong coalitions to withstand controversy on tough issues. Politicsmagazine.com named him as a “Top 10 Georgia Influencer” for 2010 and commented, “He is at the top of his game”. In his first announcement as Governor-elect, Nathan Deal appointed him as the co-chairman of the 2011 Inaugural Committee and a senior advisor to his transition team.

In January 2007, the Atlanta Journal Constitution drew distinction with his colleagues by saying, “lobbying when Democrats were in charge, he has continued to have success now that the Republicans run things.” Morgan was heavily involved in the 2007 video services legislation which passed both houses overwhelmingly as well as telecommunications deregulation legislation at both the federal and state level. Also during 2007, he successfully “quarterbacked” tort reform legislation (successor liability relief). In the 2003 session of the Georgia General Assembly, he provided strategic and tactical leadership in passing legislation that began the process known as public private partnerships (P3) to address pressing infrastructure needs. He was the lead strategist in passing tax legislation that resulted in securing Philips Arena, a top-rated concert and professional sports facility, for the city of Atlanta at no cost to the taxpayers. He has twice led efforts to pass legislation that improved access to “Epi-pens” for schools and organizations such as 4H camps. He has been recruited to work on lobbying teams for his experience in forming coalitions on controversial issues such as healthcare, litigation reform, criminal justice reform, state tax credits, and financial transactions.

Embracing the entrepreneurial spirit instilled in him by his father and grandfather, he established his own firm in 1996 after serving as Senior Vice President of the former firm of Edington, Wade, and Sanders. He is a partner in the National Field Resource Network, which he co-founded so his clients would be able to access the most experienced grassroots activists in all fifty states. He is the current chairman of the Federal Affairs Committee for the Georgia Chamber of Commerce’s Government Affairs Council. He serves on the Board of Governors of the Georgia Public Policy Foundation, a premier state-based “think tank”, as a member of the board for The Essential Economy Council, and as the immediate past chairman of the Georgia 4H Foundation.

As a consultant to over twenty-five state, federal, and local campaigns as well as a regional director for the George H. W. Bush for President Campaign and the Republican National Committee, he has experience in directing strategic campaigns that is unparalleled for its longevity among Georgia-based public affairs consultants. He was a senior strategist in each of U.S. Sen. Johnny Isakson’s runs for the U.S. Senate and has performed key roles with Governor Nathan Deal (R-GA), Speaker Newt Gingrich, Governor Pete Wilson (CA), the late Congresswoman Tillie Fowler (R-FL), former Congressman Mac Collins (R-GA), and numerous state legislative leaders. Following the 1992 elections, he served as Chief of Staff to Congressman Collins and directed both his re-election campaign in 1994 as well as the “Committee on Committee” campaign to win a seat on the prestigious House Ways and Means Committee.

For almost thirty years, Jay Morgan has provided corporations, coalitions, candidates, and business associations with solid strategic plans for execution of public affairs tactics. As the youngest Executive Director of a Republican Party organization in the country in his home state of Georgia, he applied grassroots and telemarketing strategies for the first time in Georgia and oversaw the effort to triple the party’s donor base at a critical time in its development. With then-GOP Chairman Paul Coverdell, he engineered the Georgia GOP’s first algebraic targeting system for state legislative races, which identified vulnerable incumbents and winnable open seats.