ATPC board members Scott Meyerhoff (InComm), Barry McCarthy (First Data), Doug Sandberg (Worldpay US) and Executive Director H. West Richards were invited by Georgia Attorney General Chris Carr and the Rule of Law Defense Fund to participate in a roundtable discussion amongst other AG’s from across the country on September 7th. The panel focused on the role of state law in the FinTech environment. AG’s from Illinois, South Carolina and Utah moderated the discussion, which also included Daniel Gorfine from the Commodity Futures Trading Commission, and Kevin Hagler, Georgia Department of Banking and Finance Commissioner. 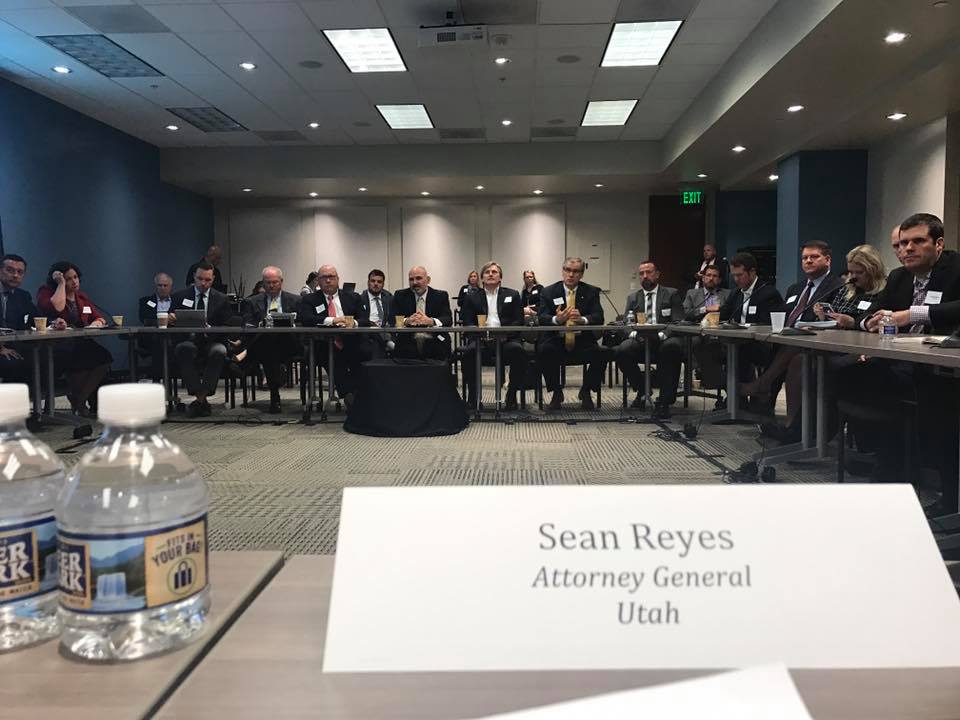 Members of the ATPC board shared their companies’ positions on various issues like the Consumer Financial Protection Bureau’s actions and instances of overreach, state cyber security breach regulation of, and building partnerships between FinTech companies and regulators in their states. H. West Richards was also invited to discuss how the ATPC built a state and federal government affairs presence in Georgia and Washington D.C. In his former role as Georgia Commissioner of Economic Development, Attorney General Carr credited the ATPC’s meetings with regulators and lawmakers as one of the main reasons that Georgia has become such a hub of FinTech innovation across the U.S.

AG’s and other attendees were able to ask ATPC participants questions about how states can either promote or stifle innovation in the bourgeoning industry, and how to become better partners in protecting the interests of consumers and states in an era of continuous cyber threats.

The event presented an excellent launching pad for the ATPC to begin expanding its outreach and network into other states — and the board members were invited by each of the AG’s to meet and present about the industry at future events.

« News You Can Use: 2017 Holiday Survey by Deloitte | Top Atlanta Mayoral Candidates Invited to Address FinTech Atlanta at December Meeting »