ATPC Continues to Serve as Resource for Media

Since its founding, the ATPC has prided itself on being a clearinghouse of payments industry and Transaction Alley information, utilizing the expertise and thought leadership of staff, board members and experts at member companies. Industry facts and statistics, like those found on the ATPC website, are often used and attributed to the Coalition in media coverage.

Most recently, PCWorld magazine featured a story on Georgia’s “Transaction Alley” and how Atlanta became the epicenter of the American payments industry. In addition, the same subject was a four-page feature in Engineering Georgia magazine’s March/April 2017 issue. 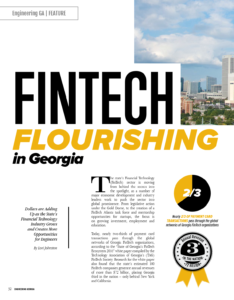 Coverage like this continues to raise the profile of the industry as a whole in Atlanta, while also highlighting specific companies, executives and initiatives – such as FinTech Atlanta – that are critical to the ecosystem.

Check the “News Room” on the ATPC for all the latest coverage.